Last night I was at a woman’s meeting at my church.  Afterwards, we were talking about things we could do for the year.  One thing that was brought up was writing a story of something maybe wacky or crazy that happened to ourselves.  I loved the idea and thought I would pen one of those crazy stories here.

First off I am not wild or crazy at all.  I was probably one of the safest and quiet people ever.  I am extremely reserved and was even more so in my high school and college career.  I was in my third year of college.  Doing pretty well and dating a man from my church.  I was happy but at the same time, I felt this inner drive to be my own person.  I saw a posting at my college for a semester abroad.  I thought about going with the school to Scotland but for some reason, this experience alone seemed to be the one I needed.  I applied for my top picks of schools and was accepted at Eastern New Mexico University in Portales, New Mexico.  Never heard of Portales, that is because it is a small school in a small town just west of the Texas Border.  There were no big box stores there.  I wouldn’t have a car and I could walk the whole town so that is what I wanted.  I obviously like the small town life since I am raising my family in one now.  This story isn’t going to be my whole time in New Mexico but one bus trip that is etched in my memory for all time. 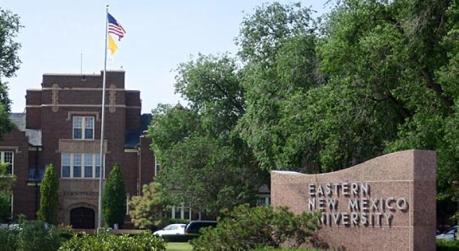 While in New Mexico, I decided I wanted to go somewhere for Spring Break.  I had a great Aunt that lived in Arizona so decided to fly and visit her.  Not the party spring breaks you hear about normally but it was a very special trip and had a great time.  Here was the issue, airline ticket was purchased but how do I get to the airport in Albuquerque which was about 4 hours away.  The lightbulb moment, Greyhound bus.  The way to the airport was covered.  A couple friends I had made at school were traveling that way so another friend and I tagged along.  We had planned our flights to go out around the same time and also return around the same time.  Ok, this plan was coming together.  We flew out and each had great times during our spring break.  We both flew into Albuquerque just about the same time.

Time to head home on the Greyhound bus.  We had a few hours to spare so let’s explore this city that we had no idea where things were.  Would I be happy if my daughter did this, probably not, but we had an adventure.  We jumped on a city bus and decided to find a famous restaurant we knew President Clinton had eaten at.  Did we know how to maneuver a city bus, no?  They don’t give change.  They also have specific routes.  This should have been a given but it wasn’t.  We jumped on the first bus we saw.  This bus took us way out of the city, not good.  We rode for a while and decided we better get off.  We departed the bus and instead of another bus we started walking.  Here are two college aged girls walking through not the best neighborhoods.  We kept going, stopping to talk to a homeless man under a bridge.  He was friendly and let us know which way to continue our trek.  We found the restaurant and after eating we found the bus terminal.  This was another new experience.  People passed out in front of the building.  Men and women watching these tiny tv’s in the lobby that you fed quarters to for airtime.  My friend and I waited for our bus.  I have to admit I was nervous.

The Greyhound bus itself was nice and I kinda prepared myself for an easy 4 plus hours of driving.  Ok, let’s get this in the open, either people who ride buses are odd or people in New Mexico are odd.  There were some different characters on that bus.  People who talked to themselves, to people with no shoes.  We would stop in little towns.  The bus would just sit on a cross street for a few moments and we would wait.  I wondered what we are waiting for.  Oh wait, there is a sweet grandma running down the street to get on the bus.  She has curlers in her hair, wearing slippers and her suitcase of choice is a pillowcase.  I kid you not.  We had about 3 stops like this.  Either slippers or no shoes at all.  This was the most bizarre trip I had ever been on.  We stopped in numerous little towns that had nothing but a street light and a bench.  We would wait as these people ran with their black hefty garbage bags or more pillowcases.  Did they not expect to be on a bus this day?  Did the bus catch them off guard?  “The bus is here throw everything in the garbage bag and forget about the shoes!” I can only imagine what went on in their heads.  We ended up having a good trip and some good conversation.  There was one individual on the bus that really will stay in my heart and mind forever.  There was a severely disabled man sitting on the front seat of the bus.  He appeared to be very delayed and nonverbal.  The image of this man isn’t what stays in my mind it is what was on him.  He was placed on this bus by someone who pinned a note onto this man’s chest.  Yes a large safety pin holding a card that had a phone number and a quarter tapped to this card.  How sad is this?  His family or whoever was going to pick him up couldn’t check a schedule of when he was to come in.  My friend and I realized that this individual was getting off at the same stop as we were.  We disbarked at the Tastee Freez in Portales.  We took the quarter off this gentleman’s note and called his aunt.  We let her know he is in town and ready to be picked up.  We had our friends pick us up after some ice cream.  We watched the man with the note get picked up and we were home.

This was a culture shock like I had never experienced.  I had traveled to an orphanage in Mexico, building schools in Jamaica.  Still, I never thought in the USA I would have a day where so many people had no shoes, caring garbage bags and running for a bus.

I am glad I picked New Mexico to explore for a semester.  It opened my eyes to what life can offer.  I realized my boyfriend was overly controlling and ended that relationship, I had to find friends without the help of one or two people I already knew.  I learned to speak up for myself.  It was a time of growth and my eyes were truly opened.