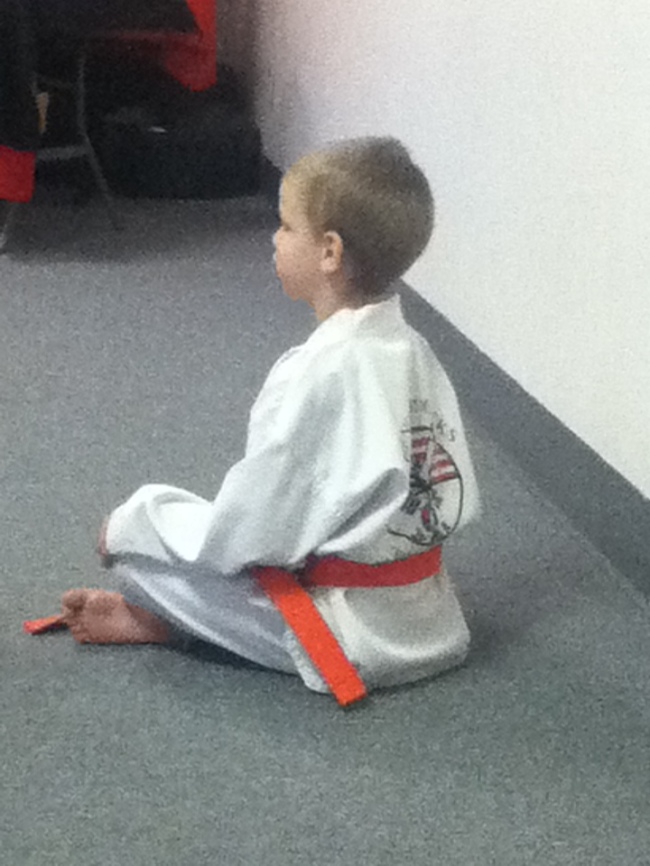 Look at the attention that my dear son, Henry, is holding.  It is amazing to me and that is the main reason this picture had to be taken.  You see my boy hasn’t always sat like this let alone be in a room of people watching him.  I thought I would take this opportunity to shed a little light on how Henry used to be till now.  The problems he has had are not gone totally but they are handled and he know how to hold himself and his emotions in check….for the most part.

Henry was born 5.5 years ago and he was just the cutest little thing.  He was always very reserved as an infant and as a toddler.  He was also a sick little guy.  He would spike a fever so easily and so fast.  It was about every 3 weeks he would spike a fever between 105-106 degrees.  He and I spent lots of time in the ER and the doctor’s offices.  It was determined a good year after this trend started that he needed his tonsils and adnoids out.  Thank god he has never spiked a high fever again since that surgery.  After that surgery attention was turned to could he hear? That was the big question, being past the age of 2 and not babbling or really making any noises.  So after more paperwork and talking with the doctors, and school district (early intervention) we went to an audiologist.  Henry was found to be right at the line for moderate hearing loss.  Being at a moderate hearing loss myself I know now that would not be easy to learn speech and interact.  Henry had glue ear and had surgery to remove that and put tubes in and they also clipped his tongue at that time.  His hearing has gone to a mild loss and that is where he is still at today.  He entered ECSE (early childhood special education) at the age of 3, Occupational therapy, and speech therapy.  He has made huge strides in the past couple years.  During that time was full of  appts, worry and constant love for him.  Henry had a grand mal seizure at school one day so that was then a trip to a neurologist, EEG, MRI.  It hasn’t happened again and hopefully will not.  Henry was also diagnosed with PDD-NOS during the time of preschool.  PDD-NOS is under the Autism Spectrum umbrella.  Henry also has SPD, sensory processing disorder.  I believe this is what has affected him the most.  From hating the sound and feel of water falling on him.  To having complete meltdowns walking into a store or restaurant that is full of people, bright lights and loud sounds.  We still have moments this all comes back but it is getting better.  He still has huge issues with food (most things are OH SO YUCKY).

This brings me to Friday.  My handsome son is in kindergarten, speaking at his age level, and interacting with friends.  He is in TaeKwonDo and had a promotional test Friday night.  I get so nervous and proud at those tests if it is for Henry or Greta.  I am so proud to say Henry PASSED his test.  He passed all his material on the first time.  He ran across the gym and while doing a flying sidekick he broke a board!!!! He did it with people watching him and he did great.  So proud of both of my kids.  I think of two years ago and never in a million years would I think we would be here today.  Miracles, hard work, prayers, and help do work.  I know I have a little boy with a yellow belt living in my home as proof. 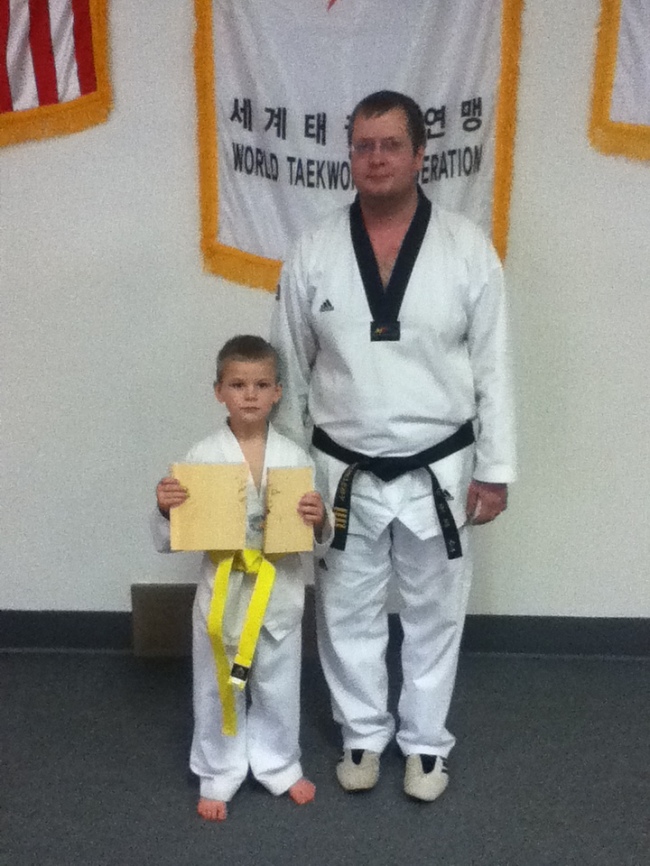 3 thoughts on “My Yellow Belt Miracle”